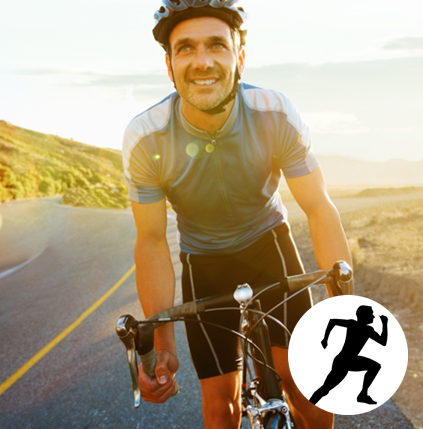 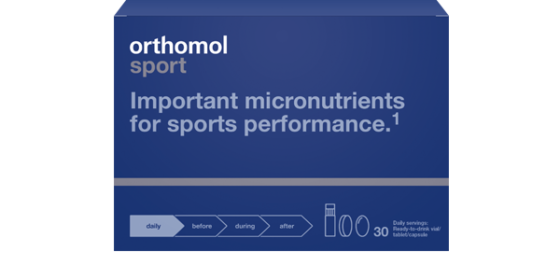 Orthomol Sport –
For those who give their all

Orthomol Sport is a food supplement containing magnesium which contributes to a normal energy-yielding metabolism and to normal muscle function. With L-carnitine, coenzyme Q10 and omega-3 fatty acids.

Orthomol Sport contains L-carnitine and coenzyme Q10, both of which are involved in the energy-yielding metabolism. Particularly large quantities are found in animal foods, such as meat and milk. Orthomol Sport also contains omega-3 fatty acids, which are mainly found in fish oil. They include above all docosahexaenoic acid (DHA) and eicosapentaenoic acid (EPA). These are polyunsaturated fatty acids which are components of cell membranes, among other benefits.

Take the contents of one ready-to-drink vial (= daily serving) together with the tablet and the capsule with or after a meal every day. Shake well before use. Generally we recommend taking the product some time before or after your sports activity.